This is a view looking toward the High Street - what looks like two brick memorials (on the left) is the entrance to the cottage hospital. On the opposite side of the road is the bus stop where I use to catch the bus to visit my grandparents in Ottershaw, about 5 miles away. About the time of this photograph or shortly after, behind the bus stop, is where the 'new' library was built replacing the old one at the bottom of Baker Street. I left Weybridge in summer 1968 and have only been back acouple of times since.

Tue Jan 29th 2019, at 10:25 pm
Dennis Hall commented:
This spot holds many memories for me and not least of all the memory of being taken to the hospital there to have my tonsils removed! That must have been in 1939 before the War began and I was about six years old. I fully remember being taken across the road with a comic probably in my hand, which is what my dear Mum used to do whenever there was something difficult on hand. Also recalled was the „reception“ in the hospital when shortly after „in“ - also the impression made on my mind by the nurses putting crisply clean sheets on the bed, and more grimly, ing taken into a room more or less pushed down on my back and something thrust on my nose ie the „gas“ to knock me out! Another memory of this area was in 1944 on a hot day in June. I had been up to Hangar Hill near the station to see the house that had been hit by the first or second V1 „doodlebug“ bomb that no one knew anything about as it was indeed if not the first one I feel certain it must have been the second one to arrive in the county. Afterwards I had come down to have lunch at the British Restaurant as they were called which stood on the site of the present library, and which made no charge for school children. It was very hot inside and I had cheese pie which I had never had before given Mum didn‘t like cooked cheese very much. When I came out of the restaurant I brought it all up and never ever ate cooked cheese since. Guess it must have been the heat!
Might there be someone out there who remembers the Caronia Club that lay on the left side of Monument Hill going towards Walton, ie just below Hurleys Dance Hall?
Add your comment
Report abuse 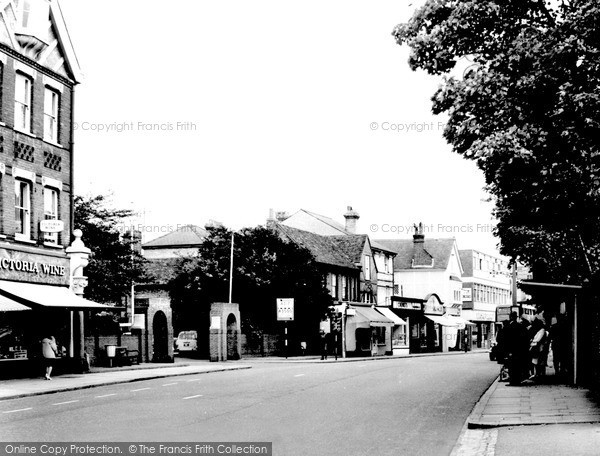