Local Murder. - a Memory of Whitton.

When I lived in Whitton during the 70's/80's there was a story going about a murder that happened around 1964. Apparently a man murdered both his parents then tried to kill himself. I have tried to find details of this on the web and in books, but can find nothing. Does anyone know if it was true or was it just an urban myth?.....Thanks.

Sun Dec 4th 2016, at 10:29 am
Roy Pryer commented:
As i said in my previous reply to you "icouldnt read all of your reply because when it said READ REST i clicked it & nothing happened. I to have trouble negotiating this site sometimes as i am dyslexic. So you are not alone. I also tried looking up the old local newspapers of the time but could find nothing about it which deepened my interest in the subject & made me suspect some sort of cover up as all of the other murders in the area are fairly easy to find out about. I wonder if the family who live in the house now know about it. It would be interesting to hear from them.....Roy.i
Add your comment
Report abuse
Fri Dec 2nd 2016, at 10:21 pm
kateramsay commented:
I remember the murder in Montrose Avenue, it was in 1959/60. I was at secondary school. It was alarming for everyone. A young man who was mentally ill, murdered his parents with a bayonet and escaped the premises. He was found, very quickly, wandering along the railway line. My father was in the police at the time.
Add your comment
Report abuse 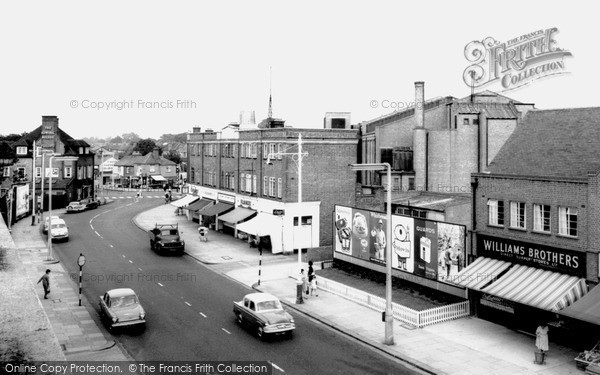