Noel Park Estate was established in the 1890's with brand new homes being built. Amongst the new tenants were the Webb family who moved into 93 Westbeech Road on the 5th Dec,1892, as well as the Oakes family who moved into No 57, plus William and Emma Lawrance who moved into a new home at No 43. The children of these families went to the Noel Park school, which was opened on the 25th October,1889. About the same time, the Newell family moved from central London to Wood Green. On the 21st July 1903 my maiden aunt, Mabel Newell, was born at 25 Melrose Avenue, Lordship Lane, Noel Park. She lived to 109 years and 225 days and died on the 3 June 2013,one of Britains Oldest. Working most of her life for her brother Harold Newell as a Fur Machinst and Finisher. Harold owned a furriers in Whittington Road, Bowes Park from 1946 til 1970. I worked with them as an Apprentice Furrier for a few weeks, before working in Bond Street, Mayfair. My dad was born on the 29th September 1911. Mabel told me how she showed young Ronald, the Zeppelin Airship L13 through the curtain "black outs" at home as it flew over Alexander Palace on the 9th September 1915. It bombed Golders Green that night. Ronald attended White Hart Lane School and married Margaret Lawrance in 1936 at St Micheals,Wood Green. The couple brought a home in Devonshire Road with a view of "Ally Pally". Mabel, Harold and their sister Norah(King) lived most of their lives in Grosvenor Road, Muswell Hill.

Thu May 25th 2017, at 10:08 am
Martin Newell commented:
Harold Newell ,my Uncle is mentioned in Francis Bennett's book.
Firefighters and the Blitz.
Harold was a Furrier and when he was not fighting fires he was making fur items.
After the War he wanted to buy a shop in Whittington Road,Bounds Green.
The owner said he would not sell just one shop so Uncle Harold was forced to buy all six shops.
He never looked back.
A very clever man who apparently knew all the latin names for plants and flowers.He was a member of the Royal Horticultural society.
His father was a Furrier and made fur Flying hats and Jackets for the Royal Flying Corps during WW1.

Add your comment
Report abuse
Thu May 25th 2017, at 9:57 am
Martin Newell commented:
Sadly Graham died in his forties.
He had a bad stroke.
Before he died he owned a button and accessory business in South Moulton Street, Mayfair.
His company made replica jewelery for the rich and famous.
He mentioned Elisabeth Taylor to me.
I worked for Herbert Duncan Furriers in the late 1960's and we had Elizabeth Taylor as a customer.We made the fur bikinis for Ursula Andress in Casino Royale.

Add your comment
Report abuse
Thu May 14th 2015, at 3:03 am
rlinhart commented:
So sorry to hear of Grahams death he must have been about 66 when he died.. Many years ago his father was in Edmonton Alberta ,my father was fire chief at a chemical plant and the two met somehow and had a great time exchanging stories about how their lives had turned out. I can remember the firemen coming home from a particularily bad raid in the East end and they were covered in tar...when they peeled off their uniforms their skin came off in clumps ,the cobble stones in the East end were still hot 3 days later when dad took us up there to see some of the terrible damage...The firestation had a few close calls but thankfully no major damages except for shrapnel through the roof of a few of the flats. It was a terrifying sight to see the incendiary bombs drop ,and then the buzz bombs.and later the v2 rockets..the first one that came down wasn't far from the fire station ,we saw the flash then seconds later heard the explosion, the firebells went down and all the engines turned out...nothing was left where the rocket hit... I pray my grandkids and great grandkids will never have to live through times like that
Add your comment
Report abuse
Thu Apr 30th 2015, at 3:23 am
Martin Newell commented:
hi,rlinhart,
Graham Newell,was in the RAF for National Service ,had two children,Victoria and Abigail who now live in South East England.
I was interested to read about the Fire Station as Graham's Dad, Harold is recorded to have said as a volunteer fire man in London," If St Pauls goes down we'll all go down."
( Harold Newell Fireman, on Google.).
Graham died about ten years ago.
Add your comment
Report abuse
Wed Apr 29th 2015, at 11:12 pm
rlinhart commented:
Remember the Newells...I knew a Graham Newell when I was growing up on the fire station,his father was a furrier....small world.
Rosaline Pickersgill Linhart Alberta Canada 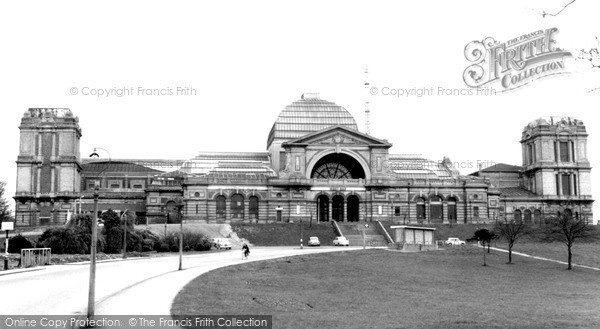