The concrete streetlamps only appeared in the mid-1950s. Before then, the street lights were puny strutures housing ONE electric bulb. Everything was very dark at night. You would think that all the motorists would drive around on dipped beams, but no...Everyone drove on sidelights as use of headlamps was thought to induce glare. Motorists who used their headlamps were much disliked.

When the new lamps were installed they contained state-of-the-art sodium bulbs. At first they were disliked because the lamp posts were considered ugly, and because the yellow light was revolutionary. As a young boy, I thought to myself "Yeah, but at least you can see where you're going now."

Then there were the pre-war-built 213 buses - awful vehicles. They used to struggle up the hill, engines wheezing and grating their gearboxes. They frequently broke down and I can remember one bus that had struggled to the top of Coombe Hill actually caught fire!

Last memory of this part of the world was a jumble sale organised by the Epsom & Ewell Ratepayers Association. For some reason they held it in a hall in (I think) Caldbeck Road. Deep inside Sutton & Cheam territory, the local inhabitants had little regard for the interlopers from over the tracks. Heavily outnumbered, the Epsom and Ewell organisers lost most of the stock to pilfering and never again did they mount a similar venture. 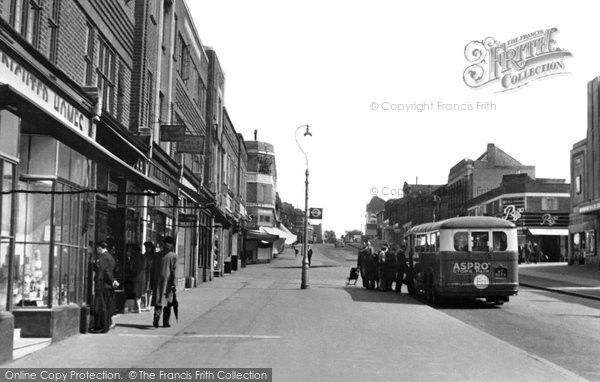