Horror Uniform - a Memory of York.

One memory of my time spent at St Peter's as a border (my house been The Rise )were the God awful brown blazers purchased from Moss Bros (of York). It wasn't that they were uncomfortable that was the problem, it was the rule that they had to be worn constantly.
The school week was Monday to Saturday lunch time, after which we as borders were allowed into York itself, BUT we had to wear the uniform (on a Saturday) which marked you out as a St Peter's pupil, and gave you an invisible bull's eye to mark you out to all the local kids who took great pleasure in spitting, hitting and generally beating us up.
Woe betide anyone caught by a prefect or even an 'off duty' teacher who caught you out of uniform while in York, a swift detention from the teacher (or a slap from the prefect)would follow on the Monday morning.
So strict (verging on anal) was the school regarding their 'precious' uniform that on arriving for breakfast one morning I was swiftly ordered back to my 'house' to change...for what reason, you may ask? The reason being that I was wearing a pair of grey socks instead of the regulation black. By the time I got back, breakfast was over so I had to starve until break - this was only 24 years ago, and I'd like to see them try that these days...I should sue them! I also remember that they didn't celebrate Bonfire Night as 'We don't burn old boys'.
Those were just a couple of memories of my time at the school.
Needless to say I was expelled after one term...THANK GOD 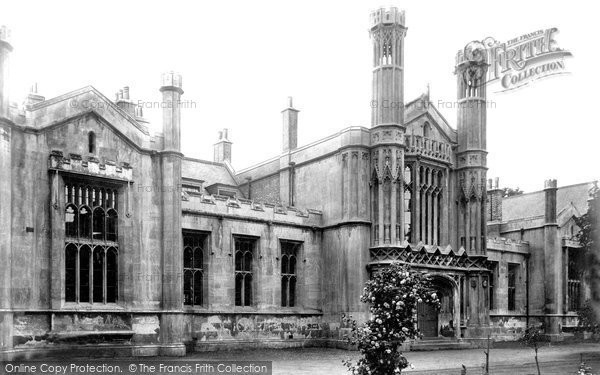