This month marks the centenary of The Royal Air Force. We are proud to share this selection of photographs from The Francis Frith Collection that feature RAF aircraft, personnel and families, and buildings. We hope you enjoy seeing them today. 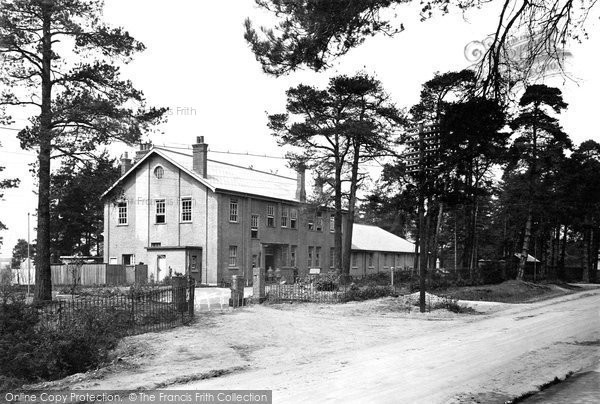 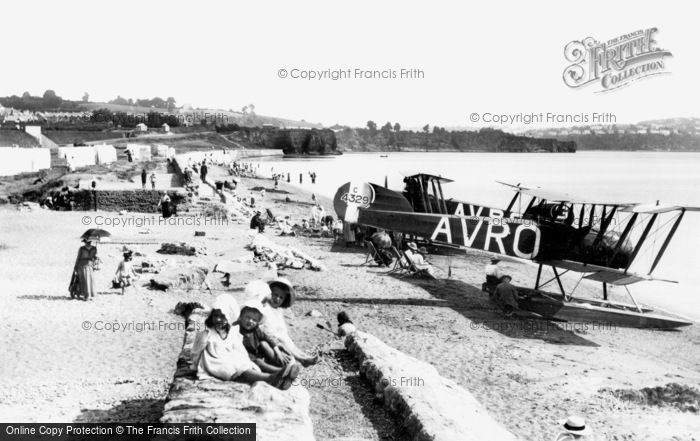 These Avro 504J float-planes must have caused a considerable stir when they arrived at the South Devon resort of Paignton. They were part of a batch of 200 built by Avro for the Royal Flying Corps in 1916 and are seen here still carrying their military markings, although the name on the side indicates some form of civilian activity. 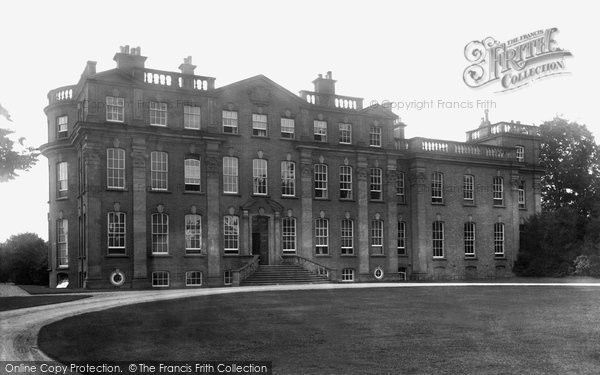 I joined up for National Service in July 1954 and after trade training at RAF Yatesbury, I was posted to RAF Buntingsdale Hall - HQ 22 Group Comm Flight - in June 1955 as an Air Wireless Fitter - Junior Technician - and remained there until I was demobbed on July 21st 1956. Each morning we were driven from the Hall to RAF Ternhill - by a civilian driver 'Busty' - where the Comm Flight airmen looked after six Avro Ansons, two Percival Prentices and one De Haviland Chipmunk. I often drive through Market Drayton - to Buntingsdale Hall - but sadly the old billets and the Guard Room have gone and the Hall has been returned to private ownership - there is no vehicular way through to RAF Ternhill - via the lake road -which is now closed although it remains a stand-by airstrip for RAF Shawbury's helicopters."

Our thanks go to Barry Rose who shared this memory on the website. 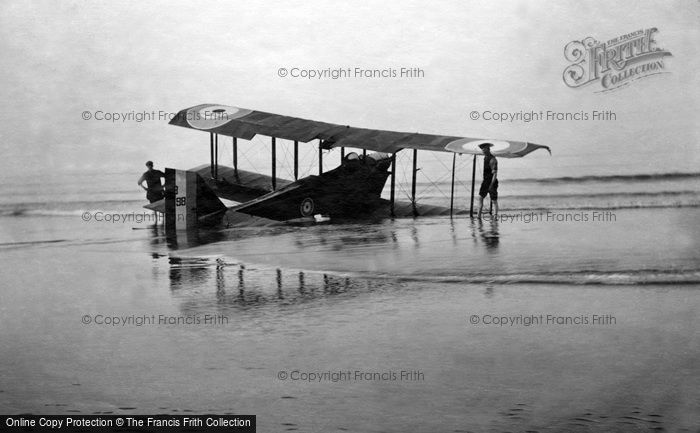 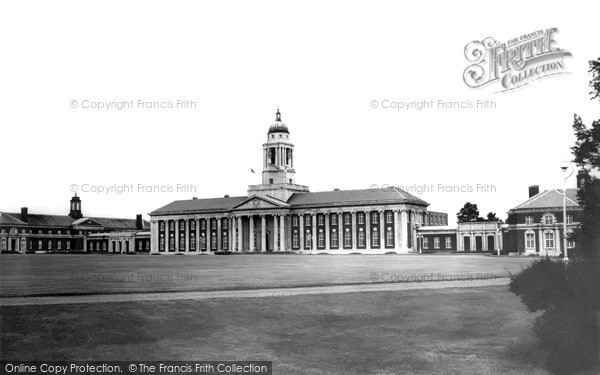 This impressive building was begun in 1929 and completed in 1933. Lord Trenchard, father of the modern Royal Air Force, chose the site right in the middle of the Lincolnshire countryside so as to be as far away as possible from the temptations of the big cities. It kept the RAF Officer cadets isolated and marooned in the wilderness – or was supposed to. The passing-out parades all take place here just in front of the building. HRH The Prince of Wales learned to fly here. 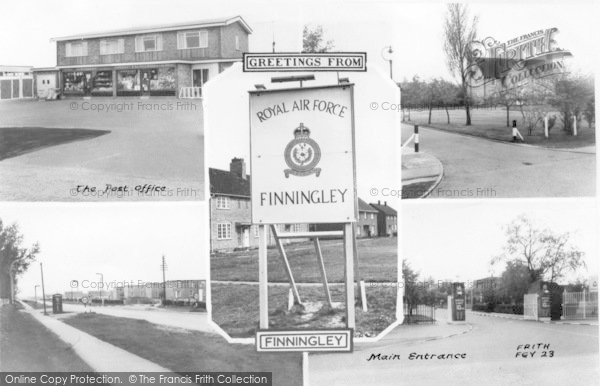 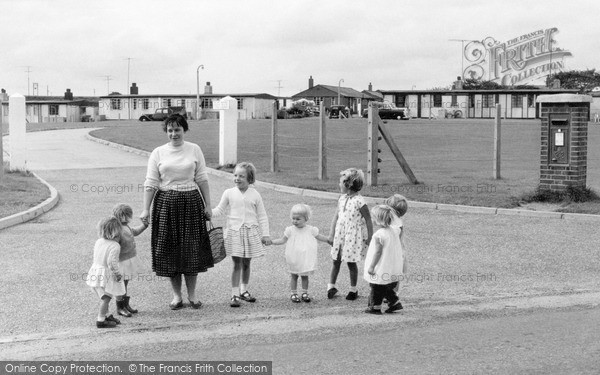 I lived in these quarters in Fraser Crescent (No 4) in 1969/70 while stationed at RAF Neatishead. The prefabs were fully furnished and officially classed as sub standard accommodation and as such the rent was 2 a week which included a lorry coming each week to provide clean bed sheets. The RAF station was closed and the prefabs were just used as married quarters for RAF Coltishall and Neatishead.
As there were just 16 prefabs it was a close-knit community which has provided many fond memories and lasting friendship. As my wife was a receptionist at the local surgery we moved to a flat in the old surgery for a further 3 years when we were told that the prefabs were going to close which they were in 1971."

With our thanks to Peter Loake for sharing this memory on the website. 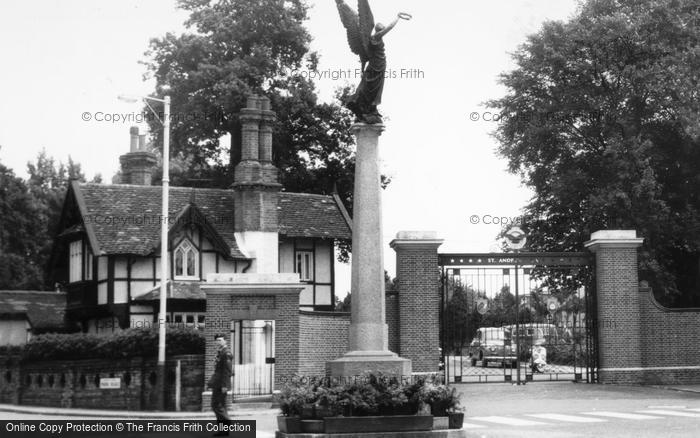 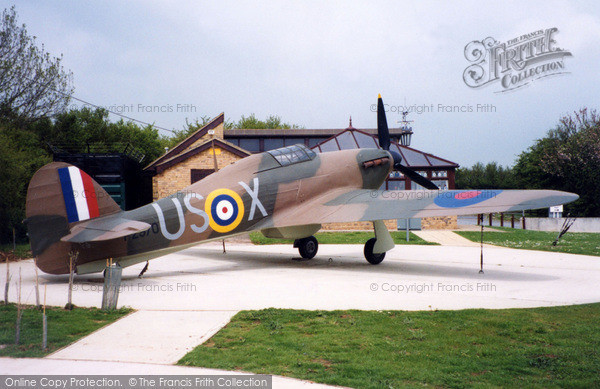 Photo: Folkestone, Plane At The Battle Of Britain Memorial, Capel-Le-Ferne 2004. 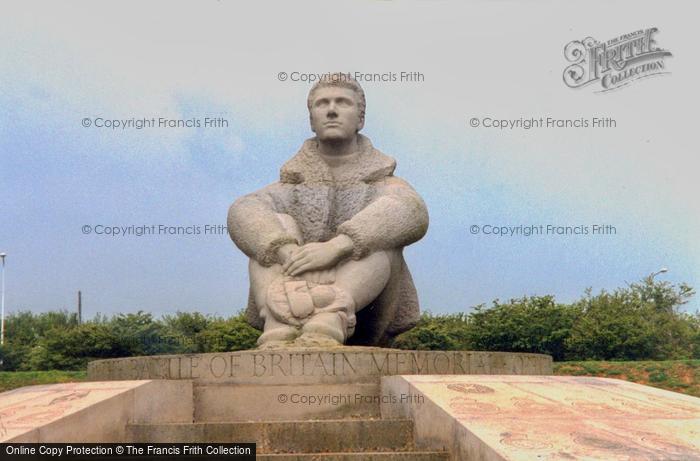 During the Second World War, the crucially important Battle of Britain was fought in the skies over Kent from 10th June until 31st October 1940, when the German Luftwaffe finally accepted it could not defeat the RAF. Three thousand aircrew flew under Fighter Command, and of them 507 lost their lives. As Britain’s wartime prime minister Winston Churchill said in his famous speech, ‘Never in the field of human conflict was so much owed by so many to so few’. Hawkinge, just outside Folkestone, is the home of the Kent Battle of Britain Museum, containing replica Spitfires, Hurricanes and Messerschmidts among other artefacts. At nearby Capel-le-Ferne is the Battle of Britain Memorial. This takes the form of a huge three-bladed propeller set into the ground, with the statue of a lone pilot at its centre. The RAF Memorial Flight passes over the memorial on the nearest Sunday to 10th July each year. 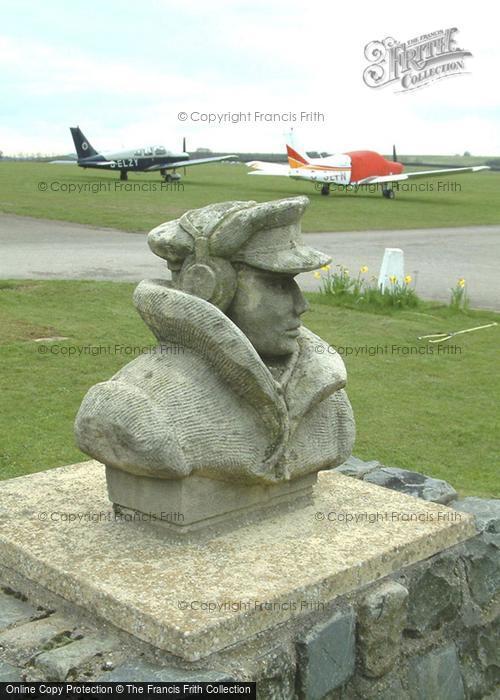 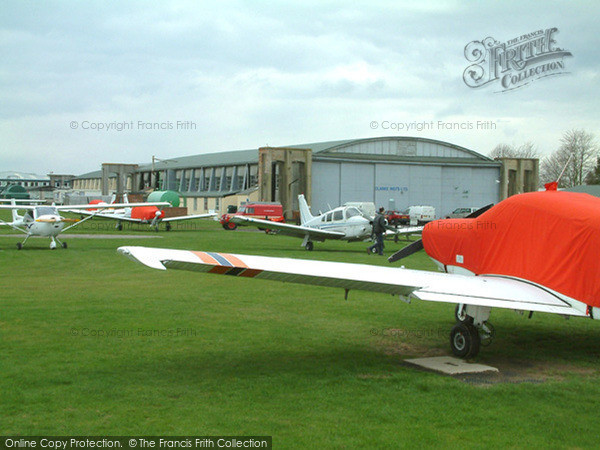 The grass aerodrome at Old Sarum airfield near Salisbury in Wiltshire was first used by the Royal Flying Corp during the First World War, when several huge ‘Belfast’ hangers were built. These are now Historic Monuments Grade 2. After the founding of the RAF in 1918 a new flying training unit was formed at Old Sarum to become the airfield’s principal resident unit. This was 11 Training Depot Station, whose task was the operational training of fresh aircrews. During the Second World War Old Sarum trained Lysander and other light aircraft pilots to carry out secret operations over France with Air Operations Squadrons, and a memorial to them faces the cafe of the flying club which now uses the airfield.