Our family (the Fitzjohn's) used to live in the first of the bay fronted semis, after the terrace block, in line with the car. We would have moved in around 3-4 years after this photo was taken.

Further along, in a bungalow, lived the Drawbridge's who owned and ran the garage, which was sighted approximately where the photographer would have been standing.

Sat Feb 6th 2016, at 10:33 pm
stanhope24 commented:
Of course I remember you Lorraine. I think I can also remember the place on Roman Bank where your mum still lives. I and my family live in New Zealand now and visited Leverington 18 months ago. My mother and brother still live around Wisbech and we get back there about every 4 years or so. Hope that all is well for you. Cheers Stephen
Add your comment
Report abuse
Sat Feb 6th 2016, at 1:02 pm
Mrs Lorraine Lane commented:
Hi Stephen, I bet you don't remember me. I went to school with you. I was Lorraine Piper and used to live on Roman Bank. My mother still lives in the same house. I remeber the Ashby's, Drawbridges and Maxey's. My great aunt and uncle, Henson, used to live in the first bungalow beside the garage. Great times though not much has changed. 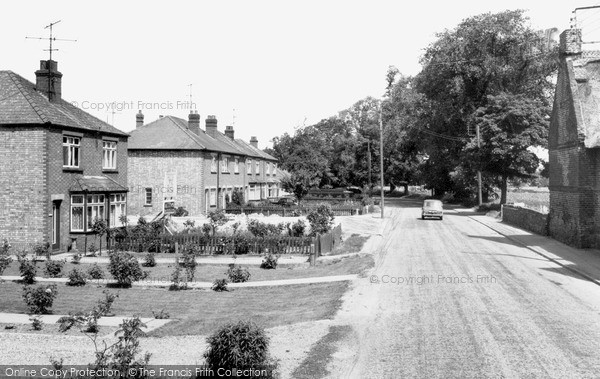