Town Hall - a Memory of Abergavenny.

I think this a picture of Abergavenny Town Hall, but am not sure. When we were staying in Abergavenny we lived outside, in Albany Road, on the way to the Rholben and the Deri, which we often climbed and as we didn't go into the town awfully much, only when my mother needed something, I have only vague memories of it. My great-grandfather Williams was Mayor of Abergavenny in 1905, and he wrote an autograph in my grandmother's album, which I still have. My mother's mother's family originally came from Abergavenny, which is why my grandparents went to live there after my mother married in 1934. 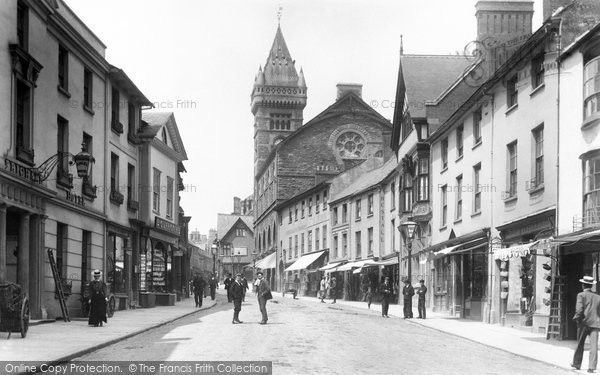