Falcon Road - a Memory of Battersea.

We lived in 'The Queen Victoria' pub on the corner of Falcon Road and Ingrave Street. I attended Falcon Brook School. Very near to the school was a little sweet shop where you could buy penny sweets, penny halfpenny lollies, teddy bear lollies for 3d and 6d could buy a jubbly or jungle juice that were huge!  Gartons Glucose Factory let out a very nasty smell and my Mum would buy all her candles from Prices. Does anyone remember Schoolings the bakers on Este Road? I was sent their every Saturday morning (before going to the Granada for Saturday morning pics) to buy bread and buns. The bread was always hot and smelt soo... delicious that it was half eaten by the time I got it home, and I was always sent back to get another! There was the home made sweetshop on Battersea Park Road (next to the butchers with the sawdust on the floor) where we would go with our 6d to buy the broken sweets. The school holidays were spent playing (both girls and boys) in the street, marbles, five jacks,skipping, french skipping and run outs, we were out until dark when our parents would call us in  and very rarely did a car come by where we would have to stop to let it pass! It was also safe for us to go to Battersea Park by ourselves and we spent many a day at the funfair, on the Tree Walk and watching the Guiness Clock. My favorite game was Knock Down Ginger!! There were shops extended from Battersea High Street all the way to Northcote Road. Does anyone remember Arding & Hobbs? What about  Jill's, Walters and David Thomas', they were all located on Falcon Road? What about Maggie Brown's pie & mash shop and Notorianni's in the High street? We moved to Wimbledon when I started secondary school, Elliott at Putney Heath, and then after getting married I moved back to Battersea and lived in Goulden House on Home Road where I raised my three sons. I live in New York now and was surprised to see the changes when I returned to good 'ol Battersea recently but the fond memories are still with me!

Sun Jul 21st 2019, at 1:58 pm
chalkywhite180 commented:
The pawn shop in Falcon road was B J Bosher Ltd and it was on the corner of Musjid Road . I worked there during the 196o's but by then it was a tool shop & jewellers.
Add your comment
Report abuse
Sat Mar 2nd 2019, at 3:37 pm
Jan Beckwith commented:
Does anyone remember the location of the Pawn Shop or Dr. Blonsteins surgery on Falcon Road, Battersea, my mum referred to those a lot.
Add your comment
Report abuse
Sat Feb 13th 2016, at 10:40 am
lgladwin99 commented:
hiya

sorry I don't remember that name did we go too school together??
Add your comment
Report abuse
Tue Feb 2nd 2016, at 8:52 pm
Jill Stenning commented:
hello lesleyjane7, my name at the time was Jill Stenning

yes I remember Arding & hobbs and all the other places I went to Falconbrook school as I lived in yelverton road.I then moved out to Culvert rd and went to Chesterton school from then I went to Battersea County have some great memories of that time and it is so good to hear fromsomebody from that era
Add your comment
Report abuse
Thu Dec 10th 2015, at 12:38 pm
lesleyjane7 commented:
Would you mind me asking your name ?
Add your comment
Report abuse 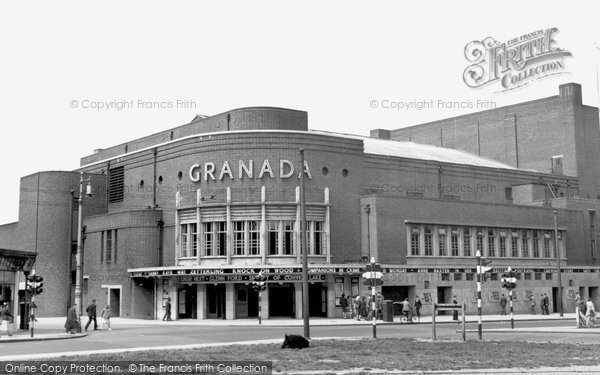